The last round of blood test for the Sailor Dog wasn’t good.

‌Her creatinine (Kidney enzyme) was still high and her blood phosphorus level was extremely high.  The Vet explained that her kidneys weren’t removing phosphorus from her body and that she has to be strictly on KD (kidney diet).  It wasn’t that we did not try to restrict her to it, to the extent that she went a day without eating and later ate the KD out of hunger.  She wasn’t able to digest any vegetables anymore and vegetables are what KD is made out of mainly.  She would throw up the undigested vegetables later.  After one such incidence she became so weak, she could barely move for a long while.  She has to have sustenance in her or else she will not last another 2 days.  We had to revert back to boiled chicken breast.  Something she could digest and have some energy from even though it isn’t the best food for her condition.  Chicken, still being meat has a relatively high phosphorus level.  It is a tough choice.  Give her something she will eat and digest even though it’s not the best food for her now or the KD which she will hardly eat and will result in her throwing up everything a few hours after her meal.  We want her to live as long and as comfortable as she could.

Out of what the Vet has told us and from what we have learnt from friends who have had dogs with similar ailment, Sailor Dog has about a year at most and judging from her deteriorating condition, possibly much less.  That was like hitting a brick wall for us.  I certainly was dazed for a long while but still having to maintain enough clarity to see to it that Sailor Dog gets her medication in the right sequence and time plus her daily drip (subcutaneous injection).  When the haze lifted from our minds, we have decided that we want her to be happy and as comfortable as possible for as long as she is with us.  Each day she is with us is a blessing.  At night, I would tuck her in with a blanket wrapped around her to keep her warm in our air-conditioned room.  I would sleep each night listening out for noises from her.  Any noise which seemed to have come from her, I would lift my head up to look in her direction, towards her doggie bed on the floor, next to my bed.  Most of the time she would be fast asleep with her blanket snugly wrapped around her.  Once or twice, I awoken to the sound of her retching and I would jump up to comfort her and to clean up after that.  Followed by some medication.  Yes, I do feel a little tired and I would try not to work late and be home before dinner time.  It is what it is and I would gladly carry on this way just so that she can be with us a little longer. 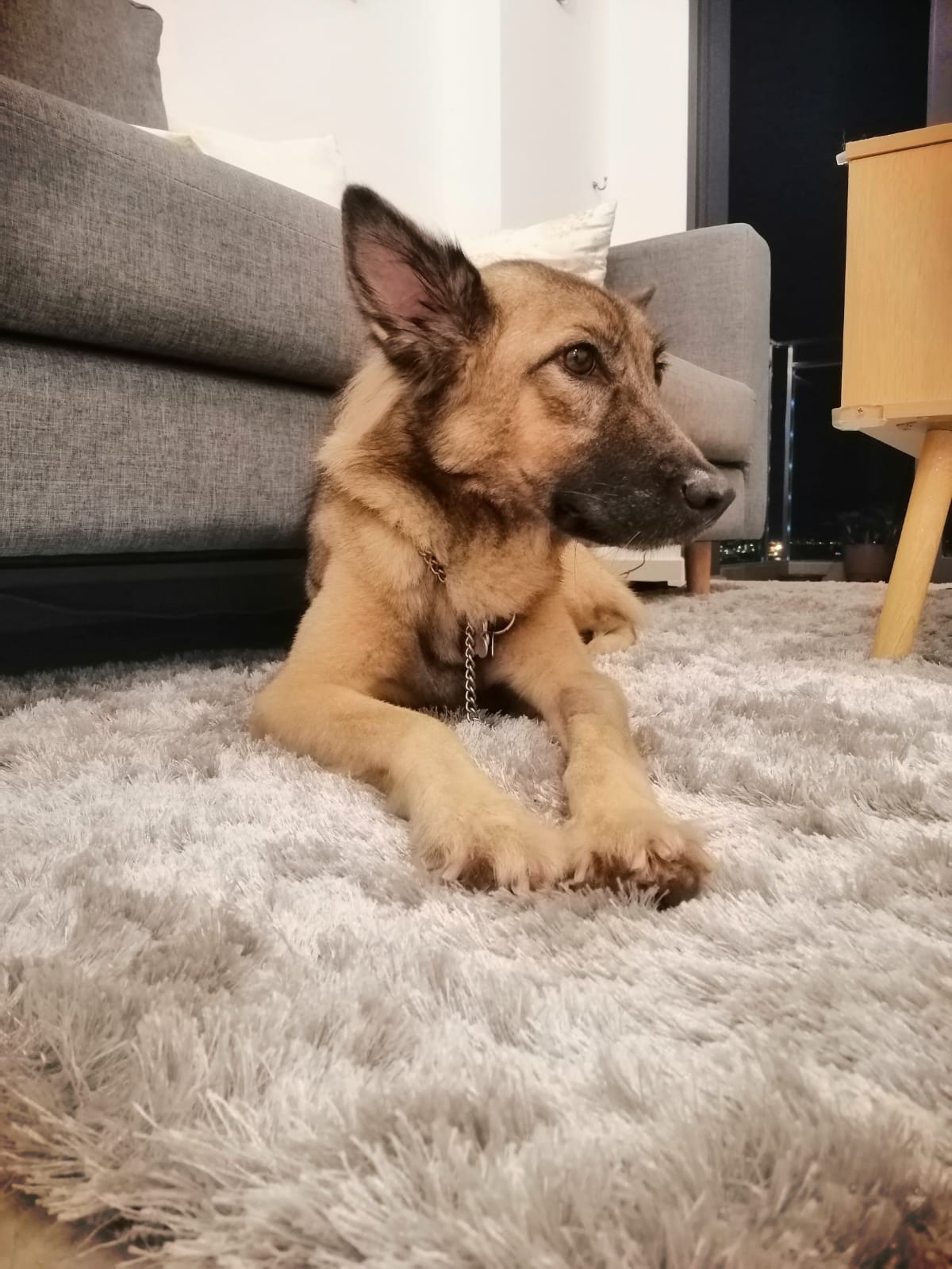 Of late I have started bringing her to our once floating home, Micasa.  During the day, I would take frequent breaks from my sewing work to check on her.  She is now a lot weaker than the once lively Sailor Dog who would shoot up the 5 steps of the companionway stairs in a blur.  She can still jump it but it seems to take a lot out of her and I would carry her instead.  At times, she would seem less under the weather and offered a glimmer of her old playful self but this has become less frequent of late.

It is a constant weight and burden on our hearts but we will just have to soldier on to keep her happy and comfortable for as long as she is with us.  It is also a reminder to us to live our lives as fully as we can, while we can.  We can never know what lies ahead and that tomorrow may not be as rosy as yesterday.

With that, we end our little update for now.  Sailor Dog and the Captain signing off.  Bye for now.

Semi retired ex-corporate executive. Now a liveaboard on a sailboat with the Admiral and my sailor dog. View more posts